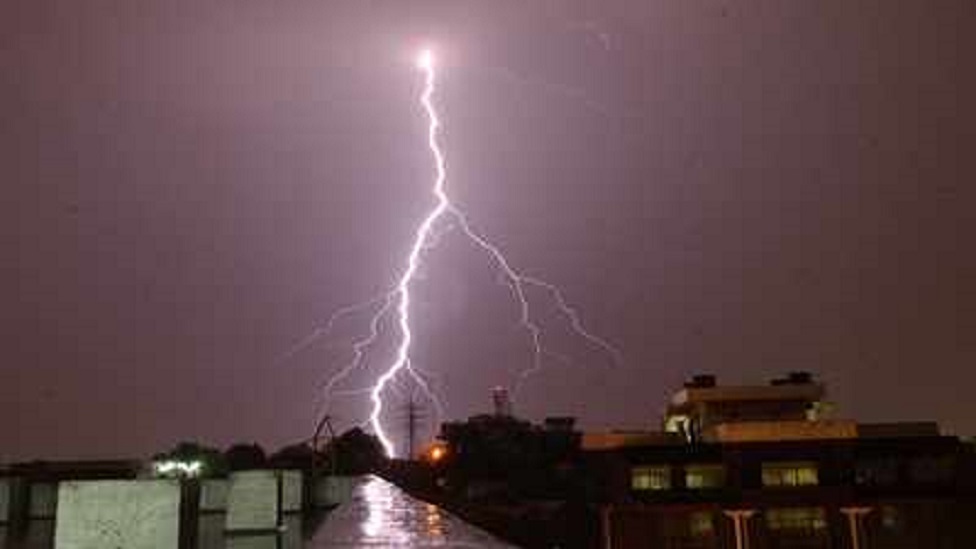 NEW DELHI: India’s first-ever Annual Lightning Report (2019-2020) released on December 31, has recorded 1,771 deaths due to lightning between April 1, 2019, and March 31, 2020. This despite the fact that India has 82 lightning detectors, apps that deliver alert notifications for upcoming lightning incidents, and the IMD can relay immediate lightning forecas for the next three hours.

According to experts, the problem is the last-mile delivery of the warning. The report hopes to address this gap by providing extensive state-wise data on lightning strikes, fatalities and patterns. According to the report the maximum number of lightning deaths, 293, were reported in Uttar Pradesh, followed by 248 in Madhya Pradesh, 221 in Bihar, 200 in Odisha and 172 in Jharkhand. However, the number of deaths has reduced by 24% from 2018. The report has been compiled based on reports as received from state governments, media and volunteers.

In India, every third death due to natural hazards is due to lightning. Nearly 42,500 people were killed due to lightning strikes between 2001 and 2018, according to NCRB data. Only 4% of these deaths were in urban settings and the rest in rural areas.

“The north-eastern states and the Chota Nagpur Plateau region were identified as lightning hotspots. Tribals in Odisha and Jharkhand were found to be especially vulnerable because their livelihood depends on working outdoors – farming, grazing, fishing etc. And being a poverty-prone area people live in tin-roof huts which attract lightning,” said Colonel Sanjay Kumar Srivastava, chairman, Lightning Resilient India Campaign and CROPC. The mining industry in the region also makes it more vulnerable to lightning strikes.

Data showed that the maximum number of fatalities – more than 200 — were reported between July 25-31, 2019. This period saw more than 4,00,000 lightning strikes all over the country. During Cyclone Fani, Odisha (3-4 May, 2019) received more than one lakh intense lightning strikes but there were no fatalities because all the 891 cyclone shelters were fitted with lightning arresters. But thunderstorms and lightning caused by western disturbances on April 16, 2019 resulted in 89 lives lost in 11 states. It was reported that most people were caught unawares and the majority of deaths, 78%, happened due to people standing under an isolated tree, and 22% people were struck in the open.

The Lightning Resilient India Campaign aims to bring down the deaths due to lightning by 80%, by 2021 by standardised instrumentation, prompt dissemination of warnings and guidance on installation of lightning safety devices.

In efforts to bring down lightning fatalities, the IMD set up a dynamic system for lightning forecast in April 2019, which gives colour coded warnings for the next 24 hours and 48 hours. “We also indicate expected impact, share dos and don’ts and FAQs. The IMD provides a lightning forecast every day. For areas that are prone to lightning we give forecasts for the next five days. On the day it is expected, we issue ‘nowcasts’ for the next three hours,” said Dr Mrutyunjay Mohapatra, director general, IMD. These forecasts are being generated using multiple sources like satellite observations, inputs from network of Doppler and other radars, and inputs from lightning detection sensors. In addition, the IMD has also launched Damini and Mausam apps that deliver lightning alert notifications.

The report also highlighted industrial losses due to lightning. For example, lightning struck over Banaskantha refinery in Gujarat on April 10, 2019 causing a fire that damaged property worth Rs 25 crore.

Data shows that every year there has been an increase in lightning deaths and every state of India is affected. And yet neither the central government has notified lightning as a disaster nor have most states. Bihar, Jharkhand, Kerala and Odisha are the only states that have notified it as a natural disaster.